I've been knitting on a four sock long tube since June. Tonight I finally finished the tube! It's crazy. I wanted to see how it would work; won't know for sure until all the toes, heels, and cuffs are done. And, of course, the socks will be individually freed from their long (heh heh) ordeal. 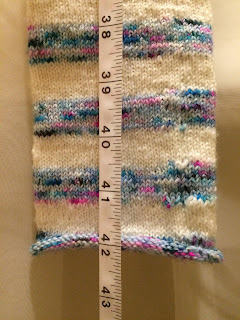 I see I forgot to post that my third straight annual cancer checkup was A-OK. Yay!
Posted by Terry at 6:45 PM No comments:

I'm not on Twitter, but I can share this here. If you're on Twitter, post it (include the source): Today is #TransDayOfVisibility 5 ways to support trans people today: 💖 Post/tweet/instagram your support of trans people. 💙 Help make spaces encompassing for trans people. 💖 Challenge transphobia in all its forms. 💙 Educate yourself to understand. 💖 Share this post 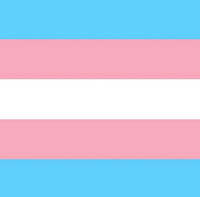 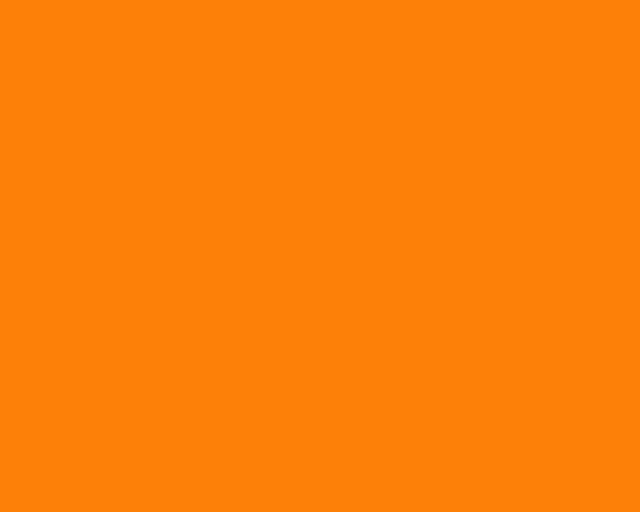 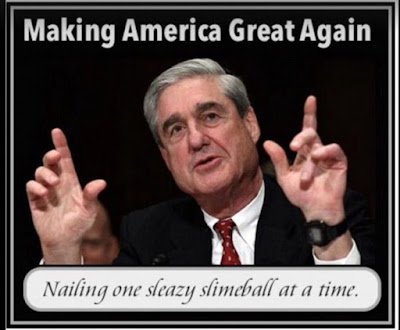 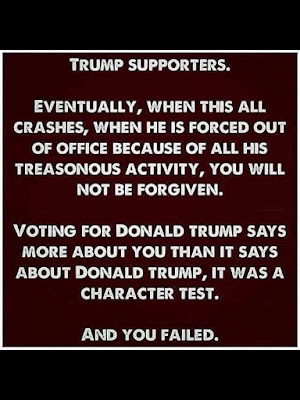 It's time to get ready for ALL HALLOW'S READ!

What's All Hallow's Read, you ask? It's giving away books along with the candy - or any number of other ways to celebrate reading along with Hallowe'en. Let Neil Gaiman explain it!

I've been doing this for 4 or 5 years now, and it's wonderful. The kids really love getting books - I think some of my veteran trick-or-treaters have been spreading the word because every year I get a few more than the previous year.

I get most of my AHR books from the Friends of the Omaha Public Library's book sale that goes on all year. I've written an Instructable on how to prep the books for The Big Night.

Heather Heyer is an American hero.

But she should never have had to be. I think a statue of that brave young woman should replace every goddamned Confederate statue in the country. 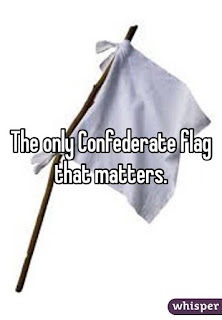 It occurs to me, for someone who claims to hate losers so much, The Orange Ass has certainly picked a couple of global-level historical losers to side with. 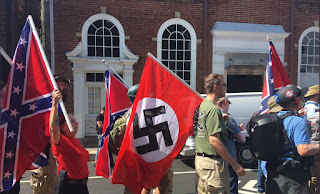 The Liberal Redneck says it a lot better than I ever could.

Er, well, no. I decided against NaNoWriMo since the last post.

I find myself having a hard time committing to anything that's going to require that kind of dedication, these days.

So, No NaNo. The world will survive this loss.
Posted by Terry at 3:10 PM No comments:

I wish I could just get over you

Yeah, so, NaNoWriMo has hooked me again. Fortunately, they've adopted more flexible "rules" for Camp NaNoWriMo, in that I can go back to the most recent November novel attempt and work on that; it no longer has to be a brand-new work. So, That ol' 24 Spaces keeps bugging me like crazy, so here I go: July will be 31 days of Camp NaNoWriMo insanity. Well - not quite. This time I've pledged to work on the piece at least 1 hour per day, on average.

So I need to collect the sunscreen, s'mores ingredients, flip flops and lemonade, and get ready to CAMP!

It's been a long drought.

I haven't been doing much worth posting, and I'm still fighting the depression (and winning, but slowly), though the situation in American politics today has not helped that process. In fact I expend probably more energy than I realize fuming and worrying about that.

I just came across a terrific pick-me-up. Last year, Warren Buffett wrote a letter to Bill and Melinda Gates, urging them to publish a kind of update to their philanthropic activities. Read Mr. Buffett's letter, then read and view their response. Then come back here because I have a question.

That's really something isn't it? Wow. Everybody should read/view it. Heartening!

Look at all they are doing, all the good and how it ramifies, multiplies, spreads geographically and through generations, benefit upon benefit, lifting entire societies out of poverty, disease, and ignorance. Providing the world with generations of healthy, educated young people who will continue lifting their families, communities, and countries even higher.

Now look at what Trump and the Republicans are doing. They've been rabid dogs, tearing down every good and humane thing that we have worked so hard and long to build. Health care, education, infrastructure, science, equality, international aid, diplomatic relationships - everything.

My question is, why haven't these assholes been charged with crimes against humanity? The impacts of their greed, viciousness, bigotry, sexism, racism, and hatred will also ramify through generations and geography across the world. People have already died, literally because of their actions and policies, and they have barely started. If that isn't crimes against humanity, what is?
Posted by Terry at 8:15 PM No comments:

I've just got one question:

WTF IS WRONG WITH "MATCHY-MATCHY"???

I don't understand why all the hate for clothes and accessories whose colors or patterns match or at least harmonize.

Yep, you're right, I'm not into fashion. For decades I've figured if I can get an outfit together where my socks match or at least coordinate somehow with my shirt/sweater/pants/skirt, I'm home free! Some snotty chemistry tech (a male!) made a snide comment about how my socks always match my shirt - that was um. well. like. 1987? or so? So it's a venerable tradition of mine.

I think people should STFU about "matchy-matchy." It's just another way to be a snob and put other people down.

That's my fashion manifesto. I don't have a picture or anything to go with it.
Posted by Terry at 12:34 AM No comments: 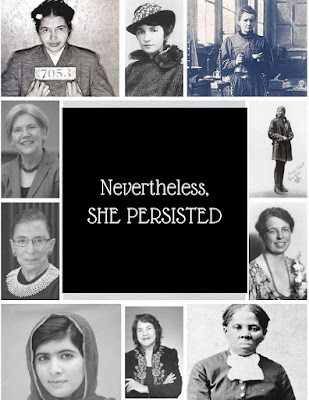 All of these inspire and move me but it's Malala that brings the tears. They tried to blow out her brains and look at her.

Our enemies are stupid and small. They don't have a chance.

When a dolt provides his nemesis with a great campaign slogan

“She was warned. She was given an explanation. Nevertheless, she persisted.”

So the roof is re-shingled and it looks great. But there are several other projects the contractor is supposed to do, but I haven't heard a word since the roofers finished last Tuesday. I'm not worried. We're also waiting to find out if the insurance company is going to foot the bill for a LARGE project that became obviously necessary once they'd got the old shingles off - there were three layers instead of just the one.

So I wait. There is still some material, and a wheelbarrow and a ladder, here, so I assume they'll be back when all the ducks have got in line.

Mood-wise, the third antidepressant seems to be doing its job. I'm feeling more like me than I have for a year. And I'm resuming some of my grown-up habits I was secretly proud of developing before the black dog bit me. My spirits are much better, even though my country's agony under the putsch harrows me daily.  I do what I can to help resist. I wish I could do more. But my year's inactivity has taken its toll on my very body - I'm going to have to build up my muscle strength gradually because I'm weaker now, and have very little stamina. And there's an ever-growing list of home projects I need to address; so much piled up while I was depressed, I can't believe it. Ah well, I'll plug along and do the best I can.

I am so glad the black dog went away!
Posted by Terry at 1:24 PM No comments:

At 9 the roofers showed up. So, a few days of this constant racket from all over the roof will keep us company. I don't watch them because it makes me nervous. There's at least an inch of 3 day old snow everywhere.

O'Keefe flat-out hates it of course. Every once in awhile a particular bit of noise scares her and she galvanizes into a geriatric half-crouch on the hassock where she's napping against my leg. It takes her a minute or so to settle down and go back to sleep. So many monsters attacking her house!

Turns out I had a lot more roof damage than I'd thought in the May 11th hailstorm. 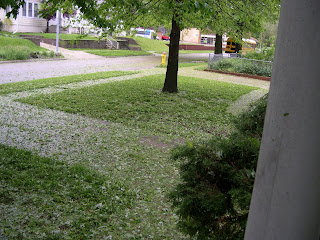 The morning after. You can't really see it in the photo but there were still 1" hailstones *everywhere* and of course, the trees' new leaves just got pulverized. Looked like a giant had strewn green confetti over everything.

All those years of homeowner's insurance is paying off now, big-time.
Posted by Terry at 12:14 PM No comments:

Only we, the people, can stop this.

It's so much worse and it's happening so much faster than even I imagined. I'm watching my country go from a flawed, but functional democracy, to a totalitarian state. For the first time in my life, I'm deeply afraid.
Posted by Terry at 3:17 PM No comments:

Hello whatever the hell it is that's showing up as of tomorrow afternoon.

Keep your enemies closer.
Posted by Terry at 5:48 PM No comments:

Unlike many, I haven't found myself afire with hatred of the year 2016. My benchmark for feelings about years was 2006; both the happiest and unhappiest events of my life occurred then: the marriage of my son to a wonderful woman whom I consider my daughter, then the death of my husband a few months later. Neither of which had anything to do with the numerals we assign to a twelve-month period of time.

Nonetheless it hasn't been the greatest of years here. I've been fighting depression - real depression - for the first time in my life, since way back last winter. It robbed me of my interest in things I'd loved (knitting, walking, cooking, baking, EATING) and sat on me like a goddamned satanic elephant throughout the summer and fall. I did get a prescription - which didn't work - and a different one which *may* be working but it also is having some side effects I could do without (that isn't an ironic understatement, they really are minor, though annoying). And of course, losing my dear cat Adams all of a sudden in October didn't help matters, either. But at least in the past couple of weeks the elephant seems to have lost some weight and I've ben getting back into caring for my house (a bit) and getting caught up with household things I've let go completely. I mean, last evening I put away six baskets of clean clothes, and there are six more waiting in the laundry room to be washed, dried and put away.

The lack of appetite has had something of a silver lining, leading me to about a ten - to - fifteen-pound weight loss. It's not a method I would recommend AT ALL. But it does mean I've got more energy and I don't wipe out quite so fast.

But ALL of this could just as easily have happened any other year. I grieve for all the wonderful talents we as a society have lost this year, and for the world because the Orange Clown takes the Presidency next month. But all is not despair. Lots of people are banding together to challenge whatever awful offal he sends down the pipe at us.

A lot of people are looking around at their neighbors and thinking we could maybe be more friendly and caring toward each other, and be mindful wherever we are of how others are being treated - and to step up and do something about it, in whatever way seems right to us at the time. And artists will keep doing their work, and doctors and nurses will keep doing their work, and people will go on being kind and helpful to each other (I believe that's a huge majority of people - the nasty ones get all the headlines) and we will get through this.

So I think 2016 contains exactly the same weird mixture of stuff any year has. And 2017 will, too, but a LOT of people have been awakened to the fact that we need each other. And that cannot be a bad thing, can it?
Posted by Terry at 1:37 PM No comments:
Older Posts Home
Subscribe to: Posts (Atom)